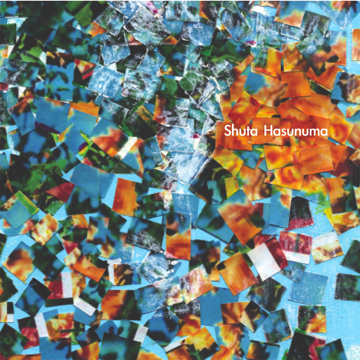 The artwork on Japanese artist Shuta Hasunuma’s debut release is a collage of hundreds of tiny pieces of photos. Though any semblance of the original images is lost, he uses the pieces to create a delicately beautiful new image.

Similarly, Hasunuma uses pieces of field recordings from the streets and countryside of Japan, erratic electronic textures, and emotive guitar and piano melodies to create music that feels like the broken and escaping memories of dreams. Throughout the album he does an amazing job of using simple, sometimes child-like, melodies to evoke a feeling of melancholy that’s both cinematic and intimate.

Hasunuma’s studies of Environmental Science, led to his deep appreciation for the relationship between urban life and nature. He illustrates this relationship on tracks like “Green Repair” and “Morning Fanfare,” both based around contrasting field recordings of Japan’s urban and rural soundscapes.

With diverse influences including ’90s hip hop, Terry Riley, Fugazi, No Neck Blues Band, 54-71, lo borges, Tony Conrad, Alice Coltrane’s piano, Somei Satoh, and Haruomi Hosono, Hasunuma has developed a unique ability to communicate the personal and the universal aspects of our relationship with our environments.